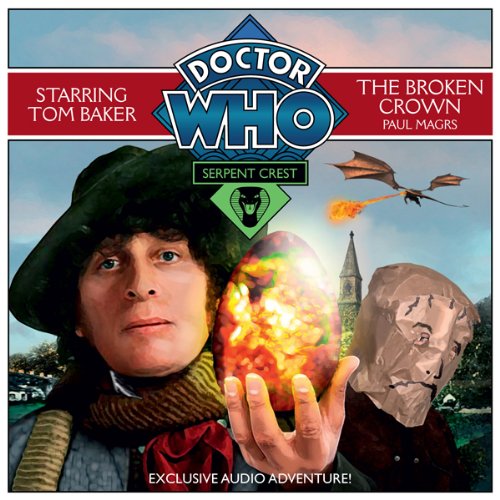 Tom Baker stars as the Fourth Doctor in the second of five thrilling brand new adventures, with Susan Jameson as Mrs Wibbsey.

The year is 1861, and the Doctor and Mrs Wibbsey find themselves in the right place at the wrong time. At the rectory they encounter the ill-tempered Reverend Dobbs and his young ward Andrew, whose paper faces hide whatever horrors lie beneath. Tutoring him is one Mr Bewley, whom Mrs Wibbsey is startled to recognise.

In Hexford Woods, the Doctor uncovers a secret which Andrew and his friends have been keeping. As the truth begins to emerge about the rectory’s occupants, it also becomes clear why so many people have disappeared from the village. Unless the Doctor and Mrs Wibbsey can help, the whole village will soon be terrorised by a child’s imagination....

With Tom Baker as the Doctor, Susan Jameson as Mrs Wibbsey, Terrence Hardiman as the Reverend Dobbs, Joanna David as Mrs Audley, Guy Harvey as Andrew, Simon Shepherd as Mr Bewley, Charlie Mitchell as Jake, Elinor Coleman as Sally, Geoff Leesley as Harold and Su Douglas as the Cook, The Broken Crown is the second of five linked stories written by Paul Magrs.