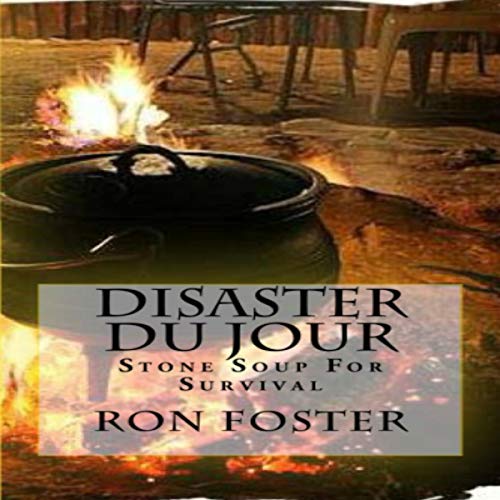 The electrical grid is down in the United States due to terroristic physical and cyberattacks, and most of the world's infrastructure is failing rapidly.

This an apocalyptic story of survival from the perspectives of several survivors trying to live through it and survive from the start of the disaster to eight months after. They must come together to form a community by their entrepreneurial efforts and networking.

The disaster, starvation, and societal collapse in this dystopian world is seen through the eyes of a pair of older vacationers who just happen to get stranded at the beach. One of the vacationers happens to be a prepper fiction author who finds himself living the same nightmares he writes about. Facing the dangers of being homeless in a world without electricity or rule of law sucks when you get old. It also ain’t no fun for the young, or is it?

Disasters, disillusionment, and displacement! What you know can save you, what you don’t know can kill you! The survivors assembled from the first two books of this prepper-oriented disaster recovery and community renewal series sets about using their plans of trading salvaged goods for chickens and eggs. Bartering is an art, not everyone can do it well, but what do you do when a fox tells you to build him a hen house so that you both may profit? Come join me on this sometimes funny, but always informative and entertaining, post-apocalyptic, action-filled adventure filled with survivalist twists and trading post turns along with a focus on a preppers-applied philosophy of air rifle survival hunting and food procurement tactics.