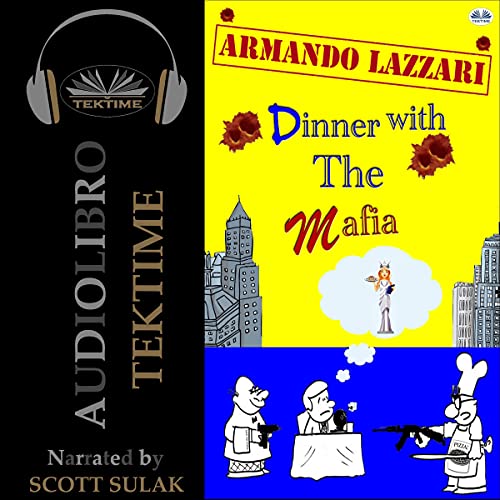 Dinner with the Mafia

A comedy about a 30-year-old New Yorker who is in the dark about his family's mafiosa activities and finds himself involved in a vendetta between families and on the hunt for an elusive treasure.

Brilliant and dynamic, you will be thrown into an exhilarating adventure for the hunt of a hidden treasure in a captivating New York, in a world where the word "Mafia" will make you smile. Riddles, pursuits, and a comedy of errors surround the characters in a vortex of gags, unaware that they are the center of attention of the "Family" that wants to protect them; of the ruthless rival mob that threatens them for the loot; and the interest of two confused cops who stalk them in an attempt to figure out what's going on.

Take a slice of "The Big Apple", and add two good kids: Ben and Susan. Now blend that with a strong and determined Mafia "Family" that blackmails them, and mix in the frenetic pursuit of a hidden treasure. Spice it up with fervent cops hot on their heels, and, above all, don't forget to garnish everything with yet another New York rival "Family", whose Boss is the uncle of the young Ben, who has always protected him. The secret ingredient: Ben must never know about his uncles "true" business and must continue to believe that they are honest workers, due to a promise made at the time of his father's death. Serve this in a brilliant and dynamic setting, accompanied with a fresh liveliness...of puzzling riddles, misunderstandings, and never-ending pursuits.