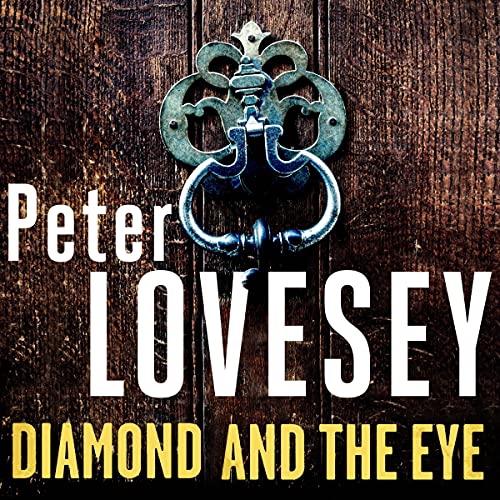 Diamond and the Eye

Of all the weird characters Detective Superintendent Peter Diamond has met in Bath, this one is the most extreme: a 21st-century private eye called Johnny Getz, whose office is over Shear Amazing, a hairdressing salon. Johnny has been hired by Ruby Hubbard, whose father, an antiques shop owner, has gone missing, and Johnny insists on involving 'Pete' in his investigation.

When Diamond, Johnny and Ruby enter the shop, they find a body and a murder investigation is launched. Diamond is forced to house his team in the dilapidated Corn Market building across the street. His problems grow when his boss appoints Lady Bede, from the Police Ethics Committee, as an observer. Worse still, Johnny conducts his own inquiry by latching onto Ruby's stylish friend, a journalist called Olympia.

Shootings from a drive-by gunman at key players create mayhem and the pressure is really on. Can the team stop more killings in this normally peaceful city? What happened to Ruby's father? And will Johnny crack the case before Diamond does?