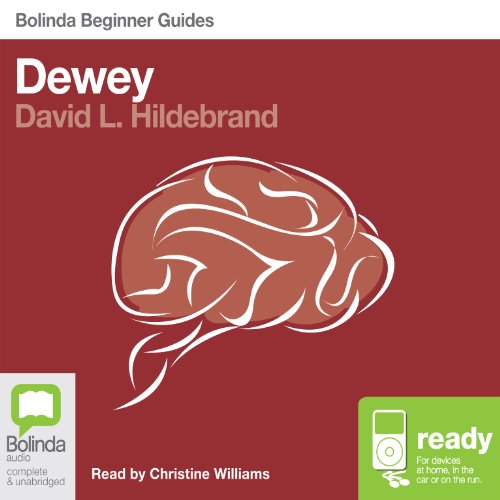 Few have done as much work across as many disciplines in America as the philosopher and psychologist John Dewey. Throughout his long life, Dewey was a pioneer in the world of psychology, education, philosophy, and sociology. With this accessible audiobook, Professor David Hildebrand takes a unique look at one of the 20th century’s leading intellectuals. Performed with an engaging delivery from veteran narrator Christine Williams, this biography examines in detail Dewey’s take on everything from art and religion to his work on functional psychology.

An informed biography on a leading intellectual and educational pioneer of the early 20th century. An icon of philosophy and psychology during the first half of the 20th century, Dewey is known as the father of functional psychology and a pivotal figure of the pragmatist movement, as well as the progressive movement in education. This concise and critical look at Dewey's work examines his unique take on art and religion, his naturalistic approach to science and psychology, and his contribution to political thought.

The author of over 40 books across a range of topics, Dewey’s legacy remains not only through the works he left us, but also through the institutions he founded, which include The New School for Social Research in New York City and the University of Chicago Laboratory Schools. Hildebrand's biography brilliantly interweaves the different strands of Dewey's thought, and examines the legacy he left behind.