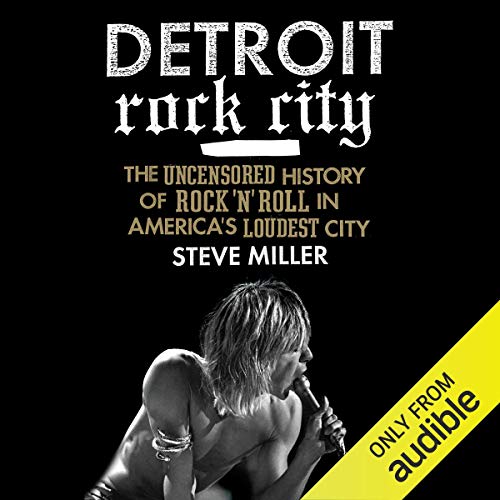 From the Stooges and MC to Grand Funk Railroad and Ted Nugent, to the White Stripes, Eminem, and Kid Rock, and whole casts of other great bands and performers, Detroit has always produced louder, more rumbling, more subversive rock music than any city in the world.

In Detroit Rock City, listeners get to hear the stories straight from the participants themselves: the singers, the guitar slingers, the fans, the reporters, the promoters, even the guys who hand-made amps to be louder and crunchier than the competition’s. This is the story, by the people who saw with their own eyes, made with their own hands, and heard with their own ears.