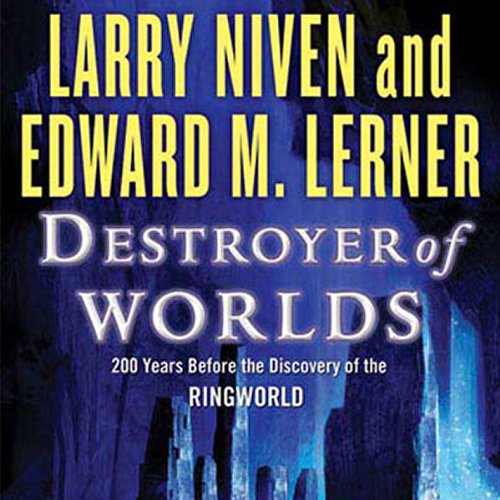 200 Years before the Discovery of Ringworld

The newly liberated humans of the Fleet of Worlds and Sigmund Ausfaller, who had been transported by the Puppeteers from Earth to the Fleet, must contend not only with the sly Puppeteers but also the threat of the Pak, a very smart and utterly ruthless species who are fleeing the exploding galactic core in an armada of ships at near light speed. The Pak are headed towards the Fleet of Worlds, having destroyed entire planets in their wake. Sigmund and his human allies are sent by the Puppeteers to reconnoiter and divert the Pak. A Pak is captured, but even a well-guarded Pak prisoner can be lethal. Sigmund and the human colonists must cope with many unpleasant surprises, between the manipulative Puppeteers, the brilliant, violent Pak and a new species called the Gw'oth who, while seeming to be allies, have own agenda.

"Niven and Lerner...clearly enjoy revisiting aliens familiar from Niven's menagerie while spinning an elaborate tale of interplanetary intrigue. Their many fans will, too." ( Booklist)
"Niven and Lerner...adroitly expand upon familiar ground...and, at the same time, pour it into an entirely new bottle." ( Starlog)