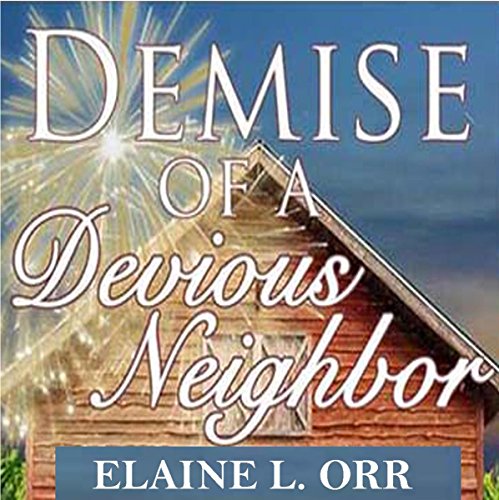 Demise of a Devious Neighbor

Demise of a Devious Neighbor

The reverberating bangs shake Melanie Perkin's nerves. Either someone's aiming at her truck, or they don't know fireworks are supposed to go upward. Could things get any worse? Yes. The next day she discovers a dead body in the barn on her late parents' farm, Sheriff's Deputy Granger's gun pointed at the chest of a primary suspect - someone she holds dear. Illegal merchandise flooding the small Iowa town of River's Edge, upcoming Fourth of July activities, and a half-finished manuscript all hinder her determined efforts to solve the crime before an innocent person is convicted of murder. In this, the second novel in beloved cozy mystery writer Elaine Orr's River's Edge series, the author once again offers humor, believable characters, and tight prose as she carries the listener to an exciting climax. Those who follow her Jolie Gentil series will find themselves right at home. You won't want to miss this one!