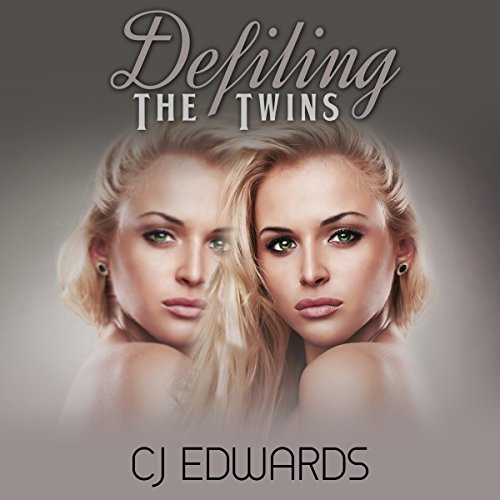 Tricked into perverted sex with Dom Michael and his wife, Esther, 19-year-old Heather was then blackmailed with her twin sister to help out at one of their house parties. Neither one was surprised that they intended them to put out, but they were both shocked by the ease in which they were manipulated. And then they discovered how they were to entertain the party guests that night.

Heather made her way through the big house. It wasn't hard to find her sister. In fact, she was effectively swept along on a wave of guests, who were all headed the same way. When she walked into a big room, packed with people, her breath caught in her throat. The room was decked out in a medieval theme, with stocks and racks filled with horrible looking instruments of torture. She didn't waste any time looking at the décor though. Her eyes were drawn straight to the center of the room, where her sister was hanging upside down from the ceiling, naked!

Heather could see that Julie had been in that position for a good few minutes. Her face was bright red and there was drool running down her face. Her head was about waist height and her legs were splayed out to shoulder width by some sort of devious frame. Her arms hung loosely so that her fingertips just brushed the floor, along with her hair. The crowds were pressing in on her now, and she could only just see; but as a murmur went around the room, she saw that a big black man in a dinner suit had stepped out. He turned slightly, and Heather was shocked to see it was Winston, the driver.

Winston stood immediately in front of the helpless girl, his big trouser snake almost pressing against her face. He turned to face the audience: "Our little Julie needs to be taught a lesson about obedience," he said with a smile. "Who would like to administer the discipline?"

There was no shortage of volunteers, and a little scrum of excited people formed for a moment. Winston's eyes settled on Heather. "Maybe her sister should whip her."