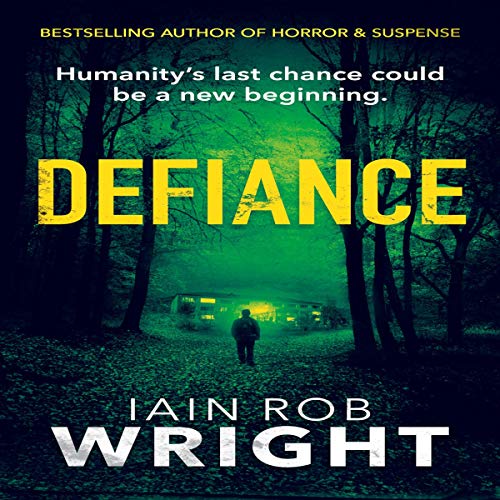 Humanity's last chance could be a new beginning.

It's been months since the demons arrived and slaughtered the world. The Earth belongs to the damned, and barely anything of civilization remains, but some still fight. Mankind's last survivors remain defiant.

Nestled deep in the middle of the UK's largest forest, a small group of adults fight to remain hidden in the apocalypse. In their care are almost 50 children, perhaps the last children left. Their survival is vital to mankind's survival, but their sanctuary is put in jeopardy when three weary strangers arrive at once. Can the newcomers be trusted? Or do they bring catastrophe?

Defiance is the fourth book in the epic apocalyptic Hell on Earth saga. Follow characters old and new as the twist-filled story continues, providing new threats, mysteries, and acts of human kindness.