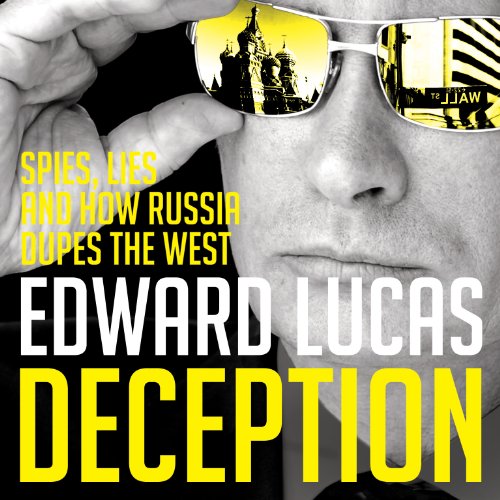 From the capture of Sidney Reilly, the "Ace of Spies", by Lenin's Bolsheviks in 1925, to the deportation from the USA of Anna Chapman, the "Redhead under the Bed", in 2010, Kremlin and Western spymasters have battled for supremacy for nearly a century.

In Deception Edward Lucas uncovers the real story of Chapman and her colleagues in Britain and America, unveiling their clandestine missions and the spy-hunt that led to their downfall. It reveals unknown triumphs and disasters of Western intelligence in the Cold War, providing the background to the new world of industrial and political espionage. To tell the story of post-Soviet espionage, Lucas draws on exclusive interviews with Russia's top NATO spy, Herman Simm, and unveils the horrific treatment of a Moscow lawyer who dared to challenge the ruling criminal syndicate there.

Once the threat from Moscow was international communism; now it comes from the siloviki, Russia's ruthless "men of power." "The outcome," Lucas argues, "will determine whether the West brings Russia toward its standards of liberty, legality, and cooperation, or whether Russia will shape the West's future as we accommodate (or even adopt) the authoritarian crony-capitalism that is the Moscow regime's hallmark."