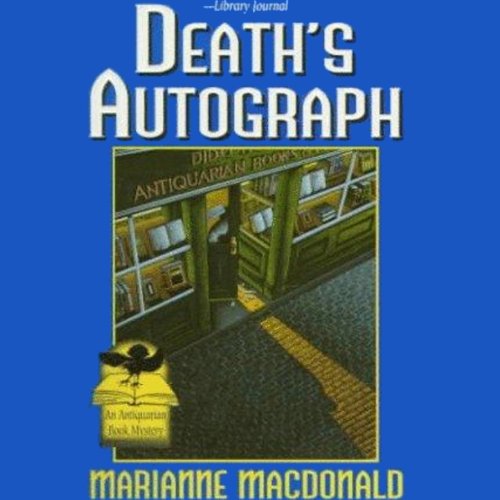 "Whoever had broken into the shop might just have gone upstairs afterwards, might just be there still...My first reaction was anger: I wanted to roar up the stairs, only I could hear Barnabas saying, the way he used to when I was little: "Temper, Dido! Count to twenty-nine..."

Selling rare books has its moments, but few are anything close to thrilling - except when Dido Hoare's scoundrel of an ex-husband suddenly reappears and puts a pulse of excitement in the air.

But events go from interesting to intense when someone ends up murdered and the culprit seems to think Dido has something worth killing for, too.

With the help of her father, Barnabas, a retired academic with a penchant for mysteries, Dido may be able to divert the killer long enough to figure out who wants her dead and why. Recovering from a heart attack, the irrepressible Barnabas is taking chances that are likely to give Dido a coronary of her own, and give the police a bad case of indigestion. But as Dido and Barnabas are about to learn, every crime has its victims and its payoffs - it's just a matter of being on the right side of the bookshelf before everything comes tumbling down.