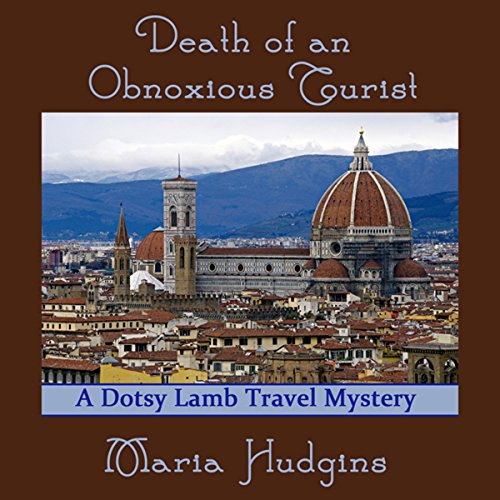 Death of an Obnoxious Tourist

Dotsy Lamb, history professor and recently divorced empty nester, is ready for culture, culinary delights and sun-drenched piazzas on her group tour of Italy - but murder wasn't part of the package. Snide, cruel Meg Bauer was loathed by everyone, but even an obnoxious tourist deserves justice after being stabbed to death with a souvenir knife purchased by her sister.

When a local gypsy is arrested, Dotsy believes he's an innocent scapegoat. Suspecting that the killer lurks among them, she discovers that within the twenty-odd mix of tourists and guides, there are a few dark secrets, and even more things to hide. When another member of the tour plunges off a balcony to her death, Dotsy unravels a tangle of vengeance, scandal, and lies. Still, the pieces don't quite add up--until she's drawn close enough to the truth to get in the way of a clever and determined killer.