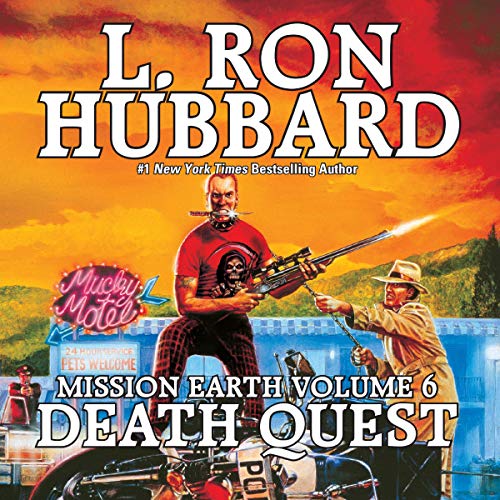 Voltarian Royal Officer Jettero Heller will go to any length to protect his beloved Countess Krak. He’ll race up the Eastern Seaboard pursued by the entire Coast Guard. He'll smash boats, he’ll set off bombs, he’ll fight off every paternity suit that comes his way.

But Apparatus Officer Soltan Gris is just as determined to put the Countess out of commission - for good - and he’s found the perfect hit man for the job. Well, almost perfect. This particular Torpedo has one little kink. He takes a bit of an unhealthy interest in his victims...after he kills them.

And as if Gris didn’t have enough on his plate, wedding bells are ringing. The Voltarian stud is about to tie the knot - with two women! Yes, love is a battlefield. But in this warped war of twisted desires, perverse passions and unholy alliances - the entire Mission Earth enterprise could soon morph into a truly decadent Death Quest.

“Remember how you felt the first time you saw Star Wars? This book will do it to you again.” (Orson Scott Card)