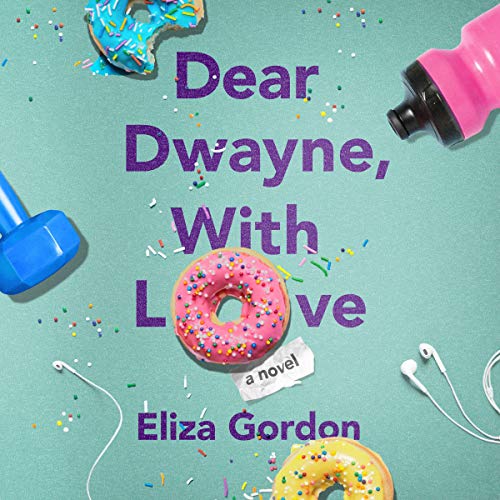 Wannabe actress Dani Steele's résumé resembles a cautionary tale on how not to be famous. She's pushing thirty and stuck in a dead-end insurance job, and her relationship status is holding at uncommitted. With unbearably perfect sisters and a mother who won't let her forget it, Dani has two go-tos for consolation: maple scones and a blog in which she pours her heart out to her celebrity idol.

He's the man her father never was, no boyfriend will ever be - and not so impossible a dream as one might think. When Dani learns that he's planning a fund-raising event where the winning amateur athlete gets a walk-on in his new film, she decides to trade pastries and self-doubt for running shoes and a sexy British trainer with adorable knees.

But when Dani's plot takes an unexpected twist, she realizes that her happy ending might have to be improvised - and that proving herself to her idol isn't half as important as proving something to herself.

This is a work of fiction. While Dwayne Johnson p/k/a The Rock is a real person, events relating to him in the book are a product of the author's imagination. Mr. Johnson is not affiliated with this book, and has not endorsed it or participated in any manner in connection with this book.