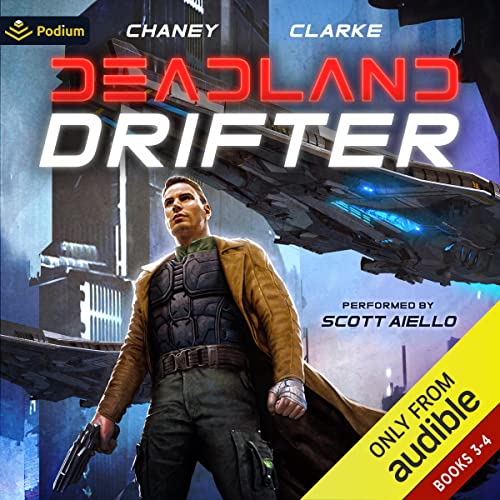 Contains books three and four of the Deadland Drifter series.

With the trafficking ring obliterated, Jack turns his attention to wiping out the dregs of the criminal empire. But when he arrives to take out a particular scumbag, he only finds the man's corpse. And he's missing a shoe.

As the investigation begins, Jack surmises he has either stumbled into a conspiracy or there's a serial killer on the loose. The team must mobilize to figure out exactly what is going on. Corruption, kidnapping, and life as they know it all collide as the group comes up against deadly elements within the very organizations they were sworn to protect. With their own lives in the balance, and the integrity of the Union government at stake, it’s a race against the clock to figure out who the players are and how to bring them down. All without being taken out themselves.

With the Hand dead and the Ring mostly dismantled, Burner's team turn their attention to loose ends. The thing about loose ends is if you tug at them there is always a chance that you'll pull something else loose. And sometimes that thing is much bigger than anything you are equipped to deal with.

Against a background of clandestine operations it soon becomes apparent that the Hand's operation is being supported by someone within the government and a second powerful person within the Union. Tracking the scent of corruption, the team discover that the key players already know who they are and are coming for them. It's a case of strike or be taken out. But taking out high ranking officials is generally frowned on in Union space. Their actions will come at a cost: Burner and his team will become fugitives...if they escape with their lives. Either way, their life on Dobulla is essentially over.