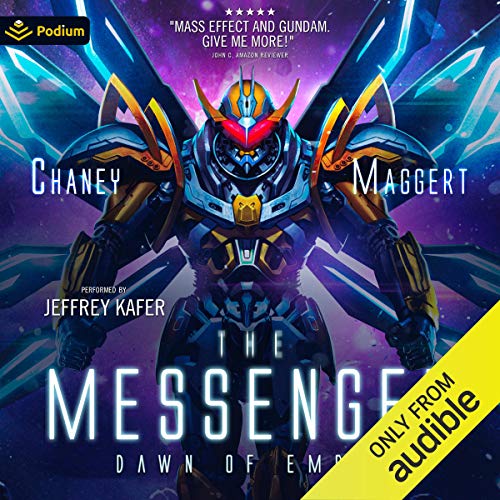 The Messenger and his people continue their long fight against the Golden, but the war has just begun.

When they discover reports of a missing colony ship, their search will uncover a crime so terrible that the battle lines will be drawn in blood. Following clues across the stars, Dash will bring the forces of his new navy to a cause that will only end in one of two ways: total victory or complete destruction.

There’s only room for one winner in this ever-expanding galaxy, and Dash aims for it to be him.