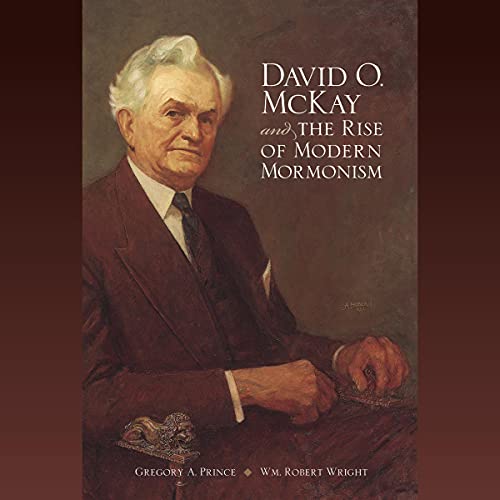 David O. McKay and the Rise of Modern Mormonism

Ordained as an apostle in 1906, David O. McKay served as president of the Church of Jesus Christ of Latter-day Saints from 1951 until his death in 1970. Under his leadership, the church experienced unparalleled growth - nearly tripling in total membership - and becoming a significant presence throughout the world.

The first book to draw upon the David O. McKay Papers at the J. Willard Marriott Library at the University of Utah, in addition to some 200 interviews conducted by the authors, David O. McKay and the Rise of Modern Mormonism focuses primarily on the years of McKay's presidency. During some of the most turbulent times in American and world history, McKay navigated the church through uncharted waters as it faced the challenges of worldwide growth in an age of communism, the civil rights movement, and ecumenism. Gregory Prince and Robert Wright have compiled a thorough history of the presidency of a much-loved prophet who left a lasting legacy within the LDS Church.