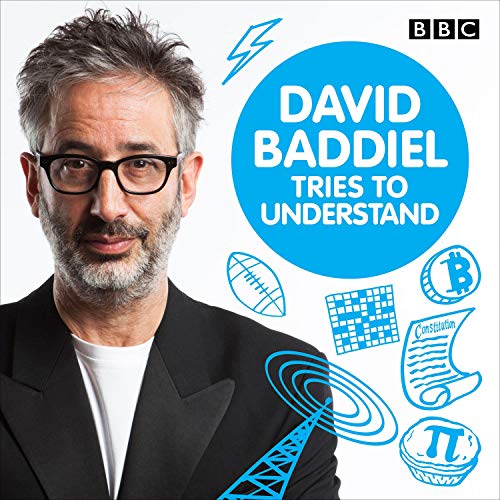 David Baddiel attempts to unravel an array of life's conundrums, as suggested by the public on Twitter. In each episode he speaks to experts and the general public to make sense of common, yet little understood, subjects and impart his new-found knowledge on each topic in under 15 minutes.

From the global economy to electricity, much loved comedian David Baddiel gets to the heart of issues that dominate random shower musings and dinner party debates. He attempts to understand areas including fracking, rugby, hacking, The Constitution, fashion and even the modern-day enigma known as the Kardashians.

Where do fossil fuels really come from? How do Bitcoins work? What does the International Monetary Fund actually do? Why is all my data stored in the Cloud? And when does a cry become a sob?

Join Baddiel in his quest to understand these puzzling topics and the world.