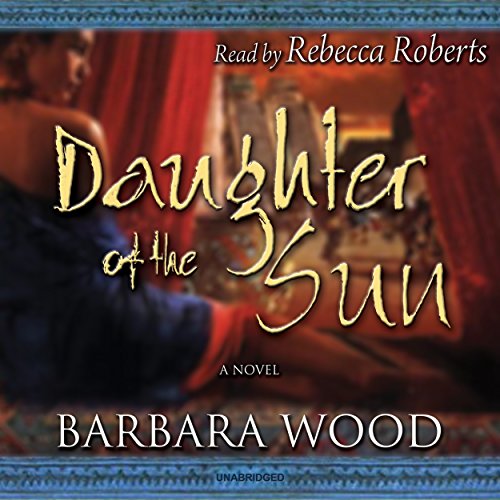 Daughter of the Sun

Seventeen-year-old Hoshi'tiwa had a simple life. The daughter of a humble corn grower, she planned to marry a storyteller's apprentice. But her world is turned upside down when she is captured by the powerful and violent ruler of an infamous city with legends of untold wealth and unspeakable acts of violence to its name. Hoshi'tiwa is suddenly thrown into the court of the Dark Lord, and as she struggles for power, she begins an illicit affair with the one man who has the ability to destroy her.

Best-selling author Barbara Wood has crafted a sweeping saga of one woman's struggle to survive within the dangerous and exotic world of the Toltec court. Set against the backdrop of Chaco Canyon and the mysterious Anasazi people, Daughter of the Sun is an unforgettable novel of power, seduction, murder, and betrayal.