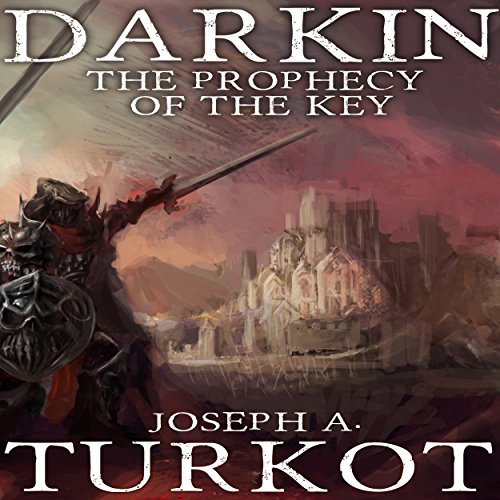 After the Battle at Dinbell Wall, Adacon and his friends learn that Aulterion, nemesis of the East, was but a pawn of the true evil threatening the world.

United with his band of heroes, and Calan his love, Adacon feels as though nothing can stand against the power of righteousness any longer: They will travel home and destroy the last remnant of darkness.

As doom covers the world, a new star appears in the sky, growing larger each night. The dwarves claim that the Prophecy of the Key is at hand - that the departed race has returned.

But a powerful secret has been revealed by Flaer, now that his curse is lifted and he can speak; the fate of the world balances upon a thread: An ancient magic has been unleashed, more powerful than any before it, and an ancient race has returned to the planet to claim a beloved treasure.

Is there any hero with might enough to stand against Vesleathren? Can anyone stop the departed race before the prophecy is fulfilled? Will Adacon's love endure?