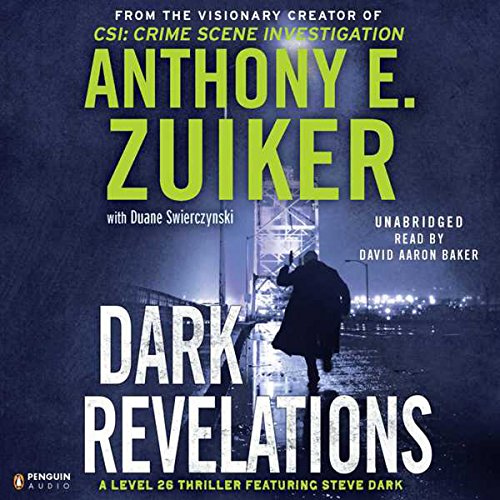 The conclusion to the groundbreaking Level 26 trilogy, a series of edgy, unconventional thrillers about an FBI operative tasked with the ultimate search-and-destroy mission: to take down the world's most dangerous serial killers.

Anthony E. Zuiker's Level 26 novels have blazed a highly successful interactive trail, with a groundbreaking cross-platform combination of novel, website, and hi-def video: There are more than 100,000 registered users on Level26.com, all of them eager to see what happens next. And for the finale to his trilogy, Zuiker has outdone himself.

In Dark Revelations, Steve Dark faces the most intricate, intense, and explosive case of his career. The killer calls himself Labyrinth, and the riddles, puzzles, and wordplay with which he announces his new targets have caused a worldwide media sensation. The case has already claimed a number of highprofile individuals as victims - not to mention several government agencies, which have tried and failed to stop a growing global panic.

But what point is Labyrinth trying to make? Who will be his next victim? It's up to Dark to assemble a team from among the smoking rubble of the international crime-solving community, find Labyrinth wherever he may be, and put a stop to the mayhem, once and for all.

Can Steve Dark solve the biggest riddle of them all? Only time will tell.