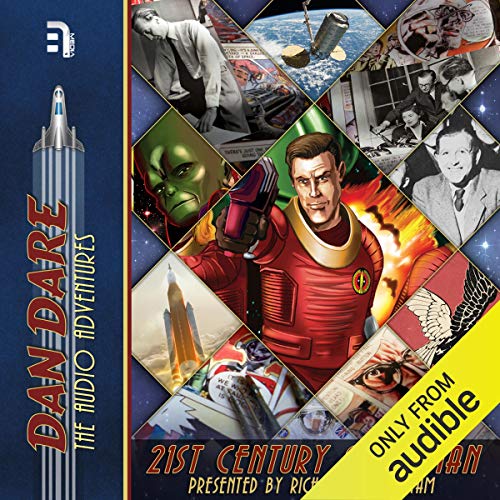 This fascinating feature documentary is an excellent companion piece to season one of the critically-acclaimed Dan Dare audio adventures released by B7 Media.

Science journalist Richard Hollingham explores whether the reality of space exploration is catching up with the Dan Dare universe. Featuring interviews with the cast, director and lead writer about re-inventing Dare for the 21st century, Richard even meets a real rocket scientist who owes his career to the pilot of the future.