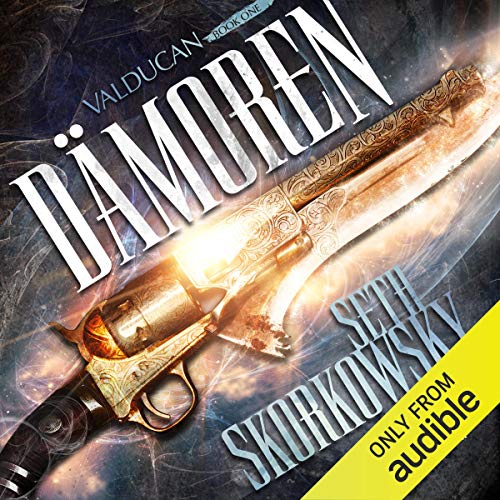 In the same vein as Supernatural, Hellboy, and Blade

A secret society of monster hunters. A holy revolver forged to eradicate demons. A possessed man with a tragic past. A rising evil bent on destroying them all.

Matt Hollis is the current wielder of the holy weapon, DÄMOREN. With it, he stalks and destroys demons. A secret society called the VALDUCANS has taken an interest in Matt's activities. They see him as a reckless rogue - little more than a "cowboy" corrupted by a monster - and a potential threat to their ancient order.

As knights and their sentient weapons begin dying, Matt teams up with other hunters of his kind such as LUIZA, a woman with a conquistador blade; ALLAN, an Englishman with an Egyptian khopesh; MALCOLM, a voodoo priest with a sanctified machete; and TAKAIRA, a naginata-swinging Samurai. As the hunters become the hunted, they must learn to trust one another before a powerful demonic entity thrusts the world into a terrible and ageless darkness.