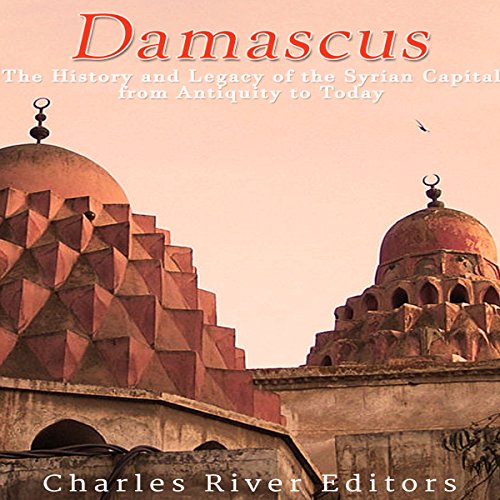 Throughout history, Syria has been dominated not by one great city but by two. Aside from Aleppo to the north, the religious and commercial metropolis of Damascus has been a place desired by the powerful. For thousands of years the Phoenicians, Hittites, Assyrians, Babylonians, Greeks, Romans, Christians, and Muslims all vied for control of the city.

Damascus has many important architectural sites dating from almost all eras of its history, and vestiges of the past have existed and been valued in Damascus throughout its existence. The history of Damascus from the Byzantine period to the 12th century is particularly fascinating, in terms of its role as the capital of the Umayyad Caliphate and the changes that it experienced when the Abbasid Caliphate and Seljuk dynasty came to power.

At Damascus, the vibrant capital of modern Syria, one can experience the passion and spirituality of the many faiths that have coexisted in Syria for centuries. The stories of Damascus are a living embodiment of the age of Islamic renaissance; the city has one of the oldest and most important mosques in the world, and it has a vibrant history linked to the rise of Islam in the region.

The Umayyad Mosque is a wonderful example of the continuity of sacred sites in the city through the millennia. Although it has never been subjected to an archaeological investigation, this was probably the site of a temple of the Semitic thunder god Haddad, and it was certainly the site of the Roman cult of Jupiter following the amalgamation of Haddad with the Roman god, typical of the syncretic approach that the Romans took to foreign religions. It was also certainly the site of the Christian Cathedral of St. John the Baptist; in fact, it may be surprising to learn that the relics of St. John the Baptist are held within this mosque, and are revered by Muslims and Christians alike. Christians make up about 10 percent of the population, with the remainder being mostly Muslim. A number of Christian holy sites relating to the conversion and work of St. Paul - who is considered by many to be the main founder of the Christian church after Jesus - can be found in Damascus. The longstanding tolerance and respect between people of different faiths in Syria is a noteworthy feature of this exceptional city.