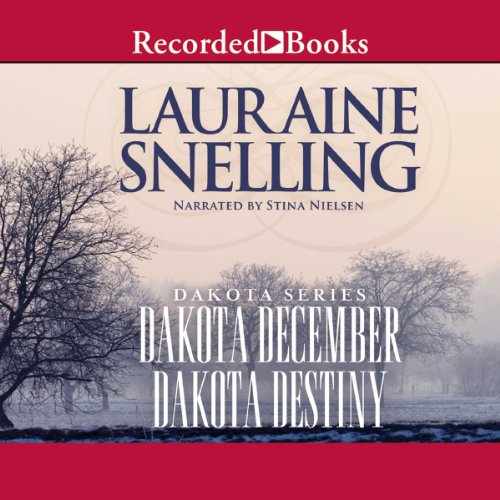 A weak voice moaned from the horse’s back. Sheriff Caleb Stenesrude climbed over the gate in a blizzard and reached up in time to catch the woman as she fell. To his astonishment, a small child, hanging on for dear life, fell with her. Under his breath, he thanked the good Lord for bringing them this far and for a dog with a nose and ears to beat all. As the North Dakota storm continued to scream outside the house on the edge of town, Caleb tried to tend to the near-frozen mother and boy. When the woman let out a piercing cry of labor, Caleb realized this would be a Christmas Eve like no other. In the days after, Caleb and the town of Soldahl took Johanna Carlson and her two children into their hearts, but Johanna kept her distance, afraid to tell anyone the truth about her life.

As folks in Soldahl reel from the war, Pastor Moen’s daughter, Mary, struggles to live with shocking news about the man she loves that arrived by telegram: We regret to inform you that Private First Class Willard Dunfey is missing in action and presumed dead. Thru months of agonized waiting, news came to Soldahl on Tuesday, November 11, 1918 that Victory Day had come. Does she have reason to hope?

This volume includes the fourth and fifth books of the Dakota Series featuring the intertwining lives of five inspiring women, all who lived in the early 1900s in the immigrant community of Soldahl, North Dakota.