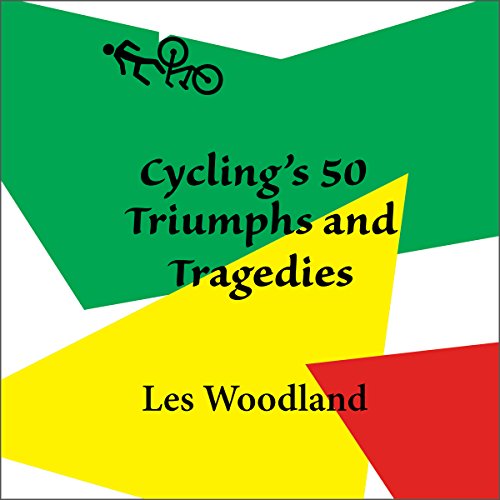 When more than 100 men or women go racing down a road, inches away from each other, in all weather, over all kinds of roads, the opportunity for a brilliant win or a terrible accident is always there.

For more than a century, bicycle racers have sought glory, but have often found only misery. There can be only one winner, and even that triumph can be mixed with terrible loss. Fausto Coppi, coached by a blind man, set the World Hour Record in Milan during the war while the city was being shattered by bombs.

Tom Simpson was world champion in 1965, but by 1967, he was nearly a has-been. Desperate to win the Tour de France, he took an overdose of amphetamines and died by the side of the road of heart failure, probably caused dehydration triggered by the drugs that were to help him win.

Great joy and tragedy so close together.

Join cycling's most accomplished writer, Les Woodland, as he explores the heroic, sometime triumphant side of cycling, all the time reminding us that for every winner in cycling, there has to be a hundred losers. Sometimes their tale is better or sadder than the winner's.

We'll go on a journey around 50 sites of success and sorrow. Some of them, tragically, combined.