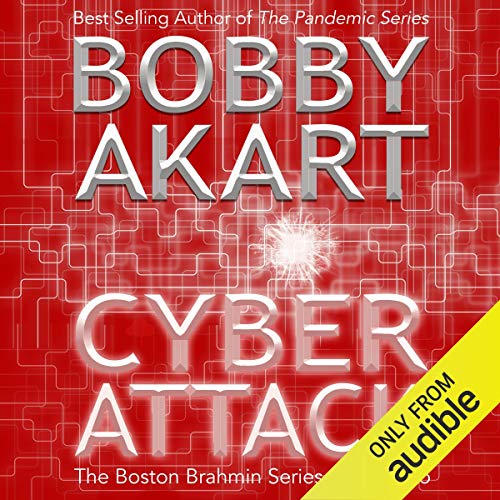 America is one bad news story away from societal and economic collapse.

As one cyber-attack after another disrupts everyday life, powerful political forces and wealthy oligarchs plot the demise of the United States in Cyber Attack, Book Two in The Boston Brahmin series.

A prophetic and prescient novel by best-selling author Bobby Akart (Cyber Warfare, Seeds of Liberty and Evil, Meet Opportunity), The Boston Brahmin series continues as nine patriotic Americans whose lineage dates back to the Founding Fathers prepare for the coming collapse.

As the cyber-attacks intensify into a full blown cyber war between the most powerful nations on the planet, a conspiracy develops which provides cover for a President desperately seeking to extend his hold on power. Wealthy international financiers - The Boston Brahmins, exploit this weakness to their advantage in order to direct geopolitical events on the world stage.

Political suspense collides with post-apocalyptic thriller fiction as Cyber Attack reveals that all empires collapse eventually and that there have been no exceptions.