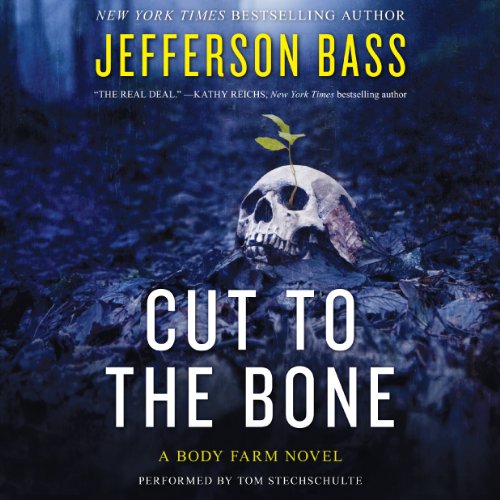 Cut to the Bone

Cut to the Bone

In this long-awaited prequel to his New York Times best-selling series, Jefferson Bass turns the clock back to reveal the Body Farm's creation - and Dr. Bill Brockton's deadly duel with a serial killer.

In the summer of 1992, Arkansas governor Bill Clinton and Tennessee senator Al Gore begin their long-shot campaign to win the White House. On a sweltering hillside in Knoxville, Dr. Bill Brockton, the bright, ambitious young head of the University of Tennessee's Anthropology Department, launches an unusual - some would call it macabre - research facility, unlike any other in existence. Brockton is determined to revolutionize the study of forensics to help law enforcement solve homicides. But the scientist's plans are derailed by a chilling murder that leaves him reeling from a sense of deja vu. Followed by another. And then another: bodies that bear an eerie resemblance to cases from Brockton's past.

The police chalk up the first corpse to coincidence. But as the body count rises, the victims' fatal injuries grow more and more distinctive - a spiral of death that holds dark implications for Brockton himself. If the killer isn't found quickly, the death toll could be staggering. And the list of victims could include Brockton…and everyone he holds dear.