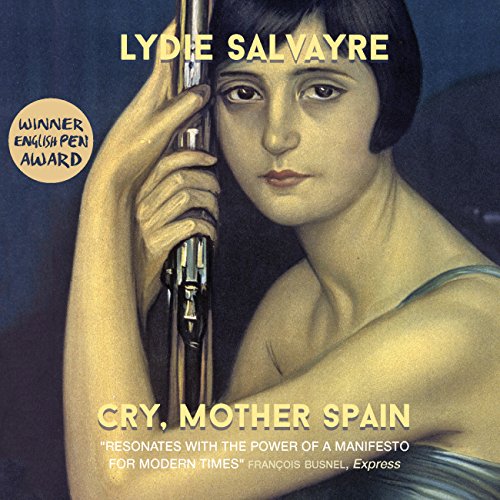 In the summer of 1936, Montse is 15 years old and her country is on the brink of civil war. Her tiny village in the north east of Spain is a world away from the tensions beginning to overspill in other parts of the country, but when her brother José returns from working in a nearby town, brimming with anarchic zeal, Montse is captivated. Swept away by the fervour of the revolution, caught between love, family and honour, her sheltered life will be abruptly changed forever.

Years later, with her memory almost gone, she is telling her daughter the story of this one dazzling summer - the only one she can remember. Her daughter meanwhile has been reading the anti-Franco pamphlet, Les Grands Cimetières sous la lune by the right-wing novelist, George Bernanos.

His revulsion at the Franco regime and the complicity of the Catholic Church, intertwines with Montse's memories, as her story builds to its devastating conclusion. Powerful and deeply personal, Cry, Mother Spain unites two different experiences of one horrific conflict, making up a complex tapestry of love, faith and revolution.