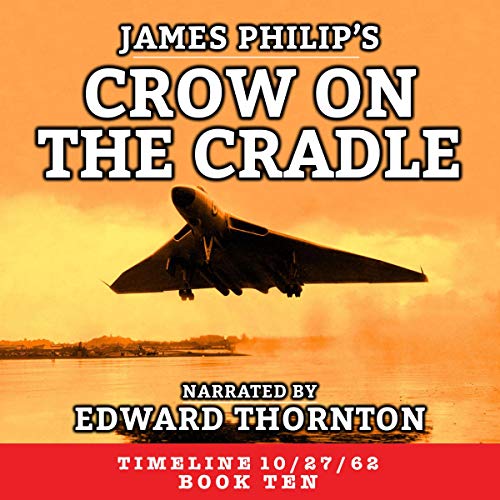 Crow on the Cradle

The sequel to The American Dream.

It is January 1965 in a world in which the Cuban Missiles Crisis went horribly wrong and the "swinging sixties" never happened.

In the United States, a new president has entered the White House; in Britain, the country will shortly be going to the polls for the first time since the October War. But with the return of "normal" politics, there is no return to the "normality" of the old, now-lost world order. That still lies in ashes. The terribly damaged Soviet Union has withdrawn back into its Cold War cave, the "conflict" in Korea is red hot, the global economy is broken, everybody has lost so much and now the brutal realities of "politics as normal" in American and the United Kingdom are about to come home to roost.

The shooting may have stopped in the American Midwest, and an uneasy peace may have descended in the Mediterranean and the Middle East, but little has been settled. In England, it seems as if the electorate will take its revenge on "The Angry Widow" who led the country through the battles of 1964. In Philadelphia, the new administration finds itself embroiled in scandal within weeks, and the great peace conference in Manhattan stalls.

Across the wintery English Channel, the survivors from the devastated lands of the East flood into France, and suddenly, the chaos stretches from the Atlantic to the Urals, with the British Isles and fascist Spain the last remaining remnants of what was once Western European civilization....

Peace of a sort has come to much of the world; but is it the tranquility of ruins or the bringer of fresh storms?

There has been no washing of the spears since the catastrophe of October 1962; who can say that the crow on the cradle has not had the last laugh?