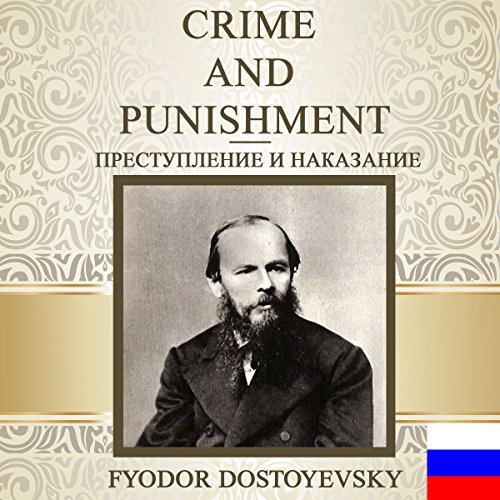 Rodion Romanovich Raskolnikov, a former student, lives in a tiny garret on the top floor of a run-down apartment building in St. Petersburg. He is sickly, dressed in rags, short on money, and talks to himself, but he is also handsome, proud, and intelligent. He is contemplating committing an awful crime, but the nature of the crime is not yet clear. He goes to the apartment of an old pawnbroker, Alyona Ivanovna, to get money for a watch and to plan the crime. Afterward, he stops for a drink at a tavern, where he meets a man named Marmeladov, who, in a fit of drunkenness, has abandoned his job and proceeded on a five-day drinking binge, afraid to return home to his family. Marmeladov tells Raskolnikov about his sickly wife, Katerina Ivanovna, and his daughter, Sonya, who has been forced into prostitution to support the family. Raskolnikov walks with Marmeladov to Marmeladov's apartment, where he meets Katerina and sees firsthand the squalid conditions in which they live. The next day, Raskolnikov receives a letter from his mother informing him that his sister, Dunya, is engaged to a government official named Luzhin and that they are all moving to St. Petersburg. He goes to another tavern, where he overhears a student talking about how society would be better off if the old pawnbroker Alyona Ivanovna were dead. Later, in the streets, Raskolnikov hears that the pawnbroker will be alone in her apartment the next evening. He sleeps fitfully and wakes up the next day, finds an ax, and fashions a fake item to pawn to distract the pawnbroker. That night, he goes to her apartment and kills her. While he is rummaging through her bedroom, looking for money, her sister walks in, and Raskolnikov kills her as well. He barely escapes from the apartment without being seen, then returns to his apartment and collapses on the sofa. Thus begins Crime and Punishment with all the twists and turns and philosophical questions that permeate Dostoyevsky's writing. A world classic!