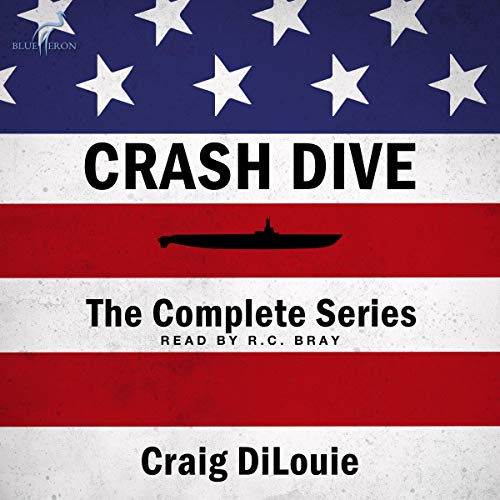 Now you can download the entire Crash Dive Series - here!

Crash Dive: The Complete Series chronicles the adventures of Charlie Harrison as he fights the Imperial Japanese Navy during WW2. Gripping, action-packed, authentic, and filled with larger-than-life men and women of the Greatest Generation, Crash Dive puts you aboard a submarine during the war.

You'll stand alongside Charlie as he proves himself time and again by keeping his wits and being decisive in crisis, though each encounter leaves him more heavily scarred for it. You'll attack a convoy in a daring night surface attack, emerge in a sea fog to ambush a battle group, and charge the battleship Yamato during the decisive Battle of Leyte Gulf. All the while, you'll live with the crew in the cramped, noisy, and challenging machine that was a diesel-electric submarine.