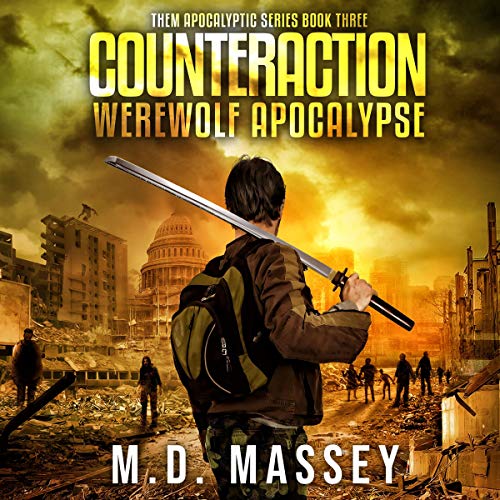 Scratch Sullivan has been through hell surviving the apocalypse - captured by his enemies, beaten, and tortured within an inch of his life, and finally, infected by a zombie bite and left for dead. But nothing prepared him for this...

As a hunter in post-apocalyptic central Texas, Scratch Sullivan has survived zombies, vampires, and rogue military units. Heck, he's even the only human ever known to go hand-to-hand with a werewolf, and survive. But what’s a man to do when the local ‘thrope pack destroys your town and abducts your best girl?

If you’re Scratch Sullivan, you get spittin' mad...and then, you get retribution. Even if thousands of undead and an entire pack of werewolves sits in your way.

Now, he’s on a mission to wipe out the Corridor Pack and get his girlfriend Kara back, come hell or high water. The pack is going to wish they never messed with Old Scratch because he’s gonna put those 'thropes down like the rabid dogs they are or die trying.

Counteraction: Werewolf Apocalypse is a fresh take on the end of the world as we know it. This is military zombie apocalypse, survival, and emergency preparedness fiction at its gory best. Get the audiobook today and discover the twisted, dystopian, post-apocalyptic world of Scratch Sullivan and THEM.