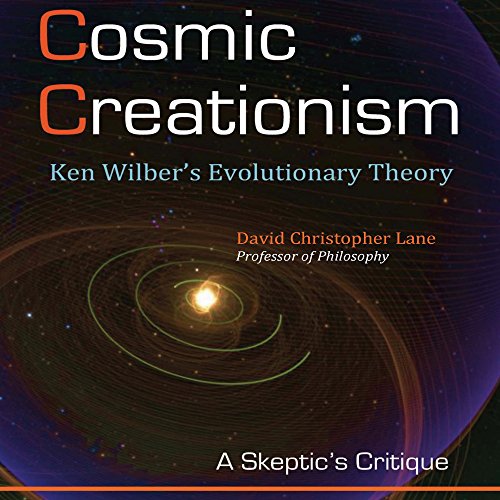 I first critiqued Ken Wilber on his misunderstanding of evolution back in 1996, right after his book A Brief History of Everything was published. It has now been 18 years and if anything, Wilber has become even more firmly entrenched in his new brand of creationism, which ironically mimics much of what Christian fundamentalists object to about Darwinianism. And Wilber doesn't have to look far for alternative theories about how the universe came into being (see Stephen Hawking's Grand Design or Sean Carroll's From Eternity to Here for starters) without resorting to Eros pushing Chaos aside inside an atom so it can mate with others and create anew.

Yes, we can debate the merits of evolution and astrophysics in trying to understand how the universe and life came into being. But in so doing, it is important to accurately present the arguments we oppose. Wilber has shown a tendency to abdicate that responsibility in his rush to push his creationist agenda. In so doing, and by avoiding the pertinent criticisms of Frank Visser and others, Wilber continues to tarnish his intellectual reputation. This book contains a series of essays analyzing Ken Wilber's views on evolution and intelligent design.