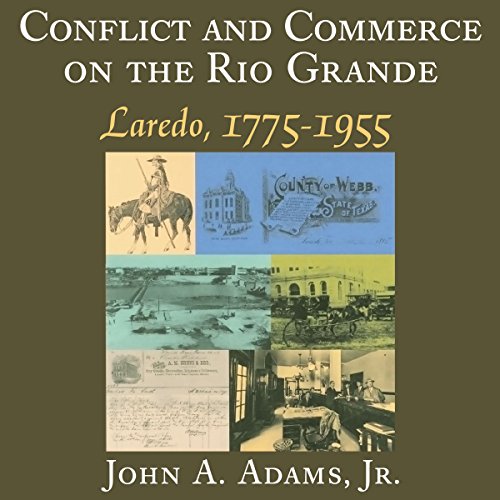 Laredo is a city at the crossroads of North American history. Founded by the Spanish in 1755, it has stood at the intersection of regional commerce since its earliest days. Now, John A. Adams, Jr. provides the first-ever panoramic business and economic history of Laredo. He traces the evolution of the region from its early days as a ranching center into the mid-20th century when Laredo had become what it remains today: a booming port of trade and a principle center of commerce and financial services on the southern border of the United States.

In Commerce and Conflict on the Rio Grande, Adams demonstrates how the increasingly diversified economy of the region fed the fortunes of the city. His narrative, buttressed throughout by tables and statistics, paints a vivid mural of both the economic forces and the farsighted and ambitious individuals that combined to bring prosperity to this unique American city. Readers will find a wealth of insights into regional economics, history, and borderlands themes.

"This marks the first book to offer a view at the business and economic history of Laredo." (Laredo Morning Times)

"This well researched survey of Laredo's economic history will be of interest to local historians and to scholars studying commercial relations between Mexico and the United States." (Western Historical Quarterly)