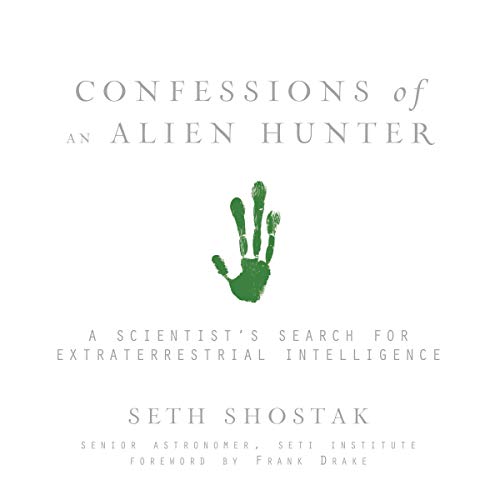 Confessions of an Alien Hunter

Since the first Martian “canals” were charted in 1877, space aliens have captivated skygazers, night travelers, and television-watchers worldwide. Polls show that nearly half of all Americans believe in extraterrestrials, and many are convinced they’ve visited Earth. A fair number of scientists also suspect that aliens exist, and for decades they’ve been seriously searching - using powerful antennas and computers to scan for radio waves coming from other star systems. This engaging memoir reveals the true story of the Search for ExtraterrestrialIntelligence (SETI), and discloses what we may very soon discover.

Chronicling the program’s history with insight and humor, SETI senior astronomer Seth Shostak assures us that if there is sentient life in the universe, we are within decades of picking up its signal. Methodically busting urban legends about alien crash landings, crop circles, and the like, Shostak pits scientific truth against speculation and delivers important news on the state of our knowledge. He answers a host of questions about SETI, including where its antennas are aimed…how we know which frequency to monitor…what our response might be…and why, if a signal is detected, “it will be one that’s deliberately beamed into space, not the Klingon equivalent of I Love Lucy.”

Contrary to popular opinion, any aliens found by SETI will not resemble the squishy, big-eyed creatures on cinema screens. Rather, they will have already invented their successors: super smart post-biological thinking machines vastly beyond our own capabilities.

Edgy, amusing, and remarkably profound, Confessions of an Alien Hunter addresses the startling possibilities awaiting us in deep space and in humankind’s own future.

"Readable and engaging, despite the presence of some weighty scientific material." ( Booklist)