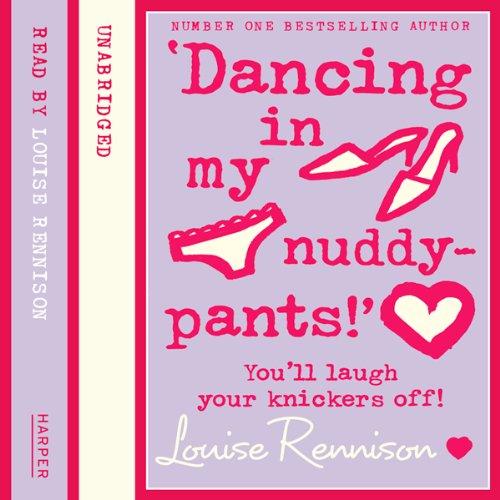 Confessions of Georgia Nicolson (4) – Dancing in My Nuddy Pants

Brilliantly funny, Louise Rennison’s reads her fourth book ‘Dancing in my nuddy pants’."Yeah… a snogging fest.""Sacré bleu!"Jas looked like she was thinking which is a) unusual and b) scary.I said, "But then this weird thing happened. He had his hands on my waist, standing behind me.""Oo-er…"

"D-accord. Anyway, I turned round and he sort of leaped out of the way like two short leaping things.""Was he dancing?""No… I think he was frightened of being knocked out by my nunga-nungas…"Then we both laughed like loons on loon tablets (i.e. A LOT). Enjoy the vair hilarious exploits of Georgia and her pals in this special bumper 2-in-1 edition.

"Hilarious… [Louise Rennison] is queen of the pink-book pack." ( The Times )