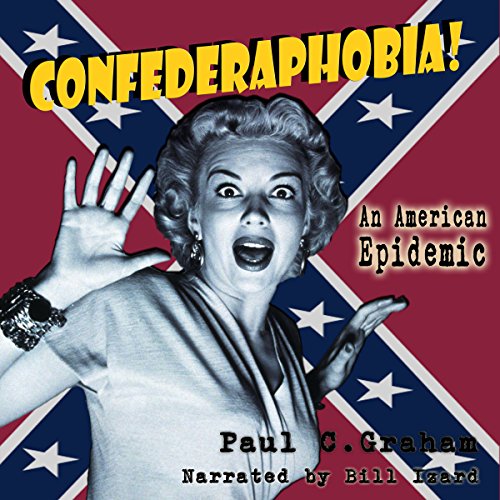 For 150 years Confederate monuments and other memorials dotted the American landscape. Few people objected. After all, a third of the American people are descended from Confederate soldiers and Congress has officially and legally declared Confederates to be "American veterans".

That time has passed.

There is an epidemic of hate and fear sweeping the land; a wave of hostility and intolerance that shows no sign of slowing or stopping; its fury is directed at Southern symbols - flags, monuments, and other displays - in fact everything Southern now appears to be a target. Paul C. Graham has courageously examined this case of mass hysteria; a condition he has aptly dubbed "Confederaphobia".

"It's one thing," writes Graham, "to acknowledge that the meaning of symbols is one of perspective. It's quite another thing to have the meaning dictated by ideologues who are not participants in the cultural tradition.... Southern symbols mean to the Southerner exactly what they say that they do...speak for those people for whom Southern identity is a living reality."

Southern people are growing weary of the ongoing demonization; of being bullied and harassed; and have begun to realize that Confederaphobia is not a matter of monuments, but a campaign to expunge their identity.

If you are a self-identified Southerner, you are a potential target!

It's not too late to inoculate yourself from the dangerous effects of this disease, but this is only possible if you recognize the problem.

The problem is not Confederate flags, monuments, markers, belt-buckles, stickers, do-dads, knick-knacks, what-nots, or Dukes of Hazzard re-runs - the problem is Confederaphobia!