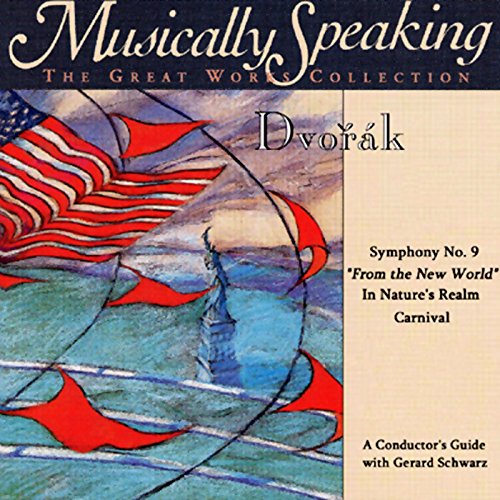 Conductor's Guide to Dvorak's Symphony No. 9, In Nature's Realm, & Carnival

Conductor's Guide to Dvorak's Symphony No. 9, In Nature's Realm, & Carnival

Gerard Schwarz takes you through the life of Anton Dvorak, a devoted Czech nationalist who, like other composers of the nineteenth century, brought national or ethnic pride into the concert hall by using their nation's folk music to evoke patriotic sentiments.

Dvorak's music took hold beyond his native country shortly after his marriage to one of his piano students, Anna Cermakova, whom he courted for years, when he was befriended and supported by Johannes Brahms. In 1892, Dvorak traveled to America at the invitation of Mrs. Jeanette Thurber of New York who offered a position at the National Conservatory of Music. There he created his Symphony No. 9, "From the New World".

Schwarz uses musical excerpts from Symphony No. 9, In Nature's Realm and Carnival to bring these hallmark works to life. Through these and his other works, Dvorak became the musical spokesman of his nation and one of the greatest classical composers of all time.