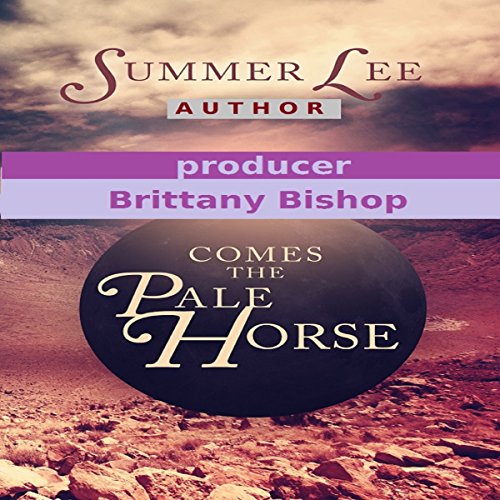 It's the end times just before the Apocalypse...and God chooses an unlikely heroine to get his word out before it's too late.

While Martha's husband and son are away on a cruise, an angel named Walker rides out of the clouds on a red horse. He tells her that she has been chosen by God to be a final messenger about the coming Great Tribulation. She will be given visions and prophecies and she is to write and share the truth with many others.

Previously a Sunday School teacher and God-loving layperson, gentle Martha is frightened of such an important godly task, but the angel assures her that he will guide her. He even provides her with a helper named Amanda who also loves Jesus. Amanda has a task, too, to try to get people to repent. Amanda, the prophetess, seems out of place, even out of time, and she has a secret life of her own.

Despite Martha's doubts about what her new friend really is, together they analyze Revelation, Isaiah, and more books of the Bible. Martha's studies are intensely focused on the Four Horsemen of the Apocalypse and the mysteries of Christ and the Second Coming. They also discuss related world events that are tumbling them faster toward the coming tribulation. Or, is the Great Tribulation already here?

With the help and guidance of Walker the angel, the women write their inspired messages and strive to tell others that the end of the world, as humans once knew it, is coming.

Acclaimed Christian fiction author Summer Lee wears many hats. She is also layperson Bible scholar Verna Hargrove, whose nonfiction book, Heaven's Horses, about the long-awaited Four Horses of the Apocalypse, inspired her to write this companion novel, which is based on the same research.