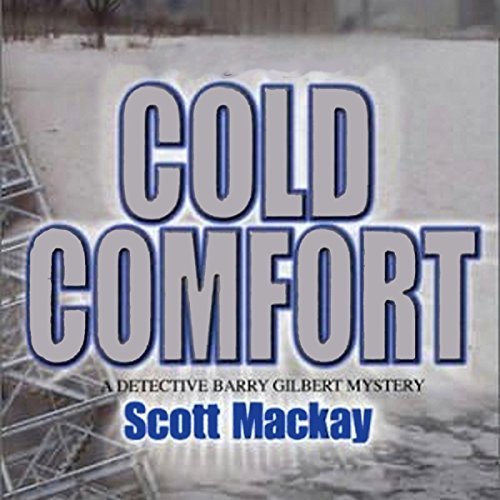 In Cold Comfort Scott Mackay fashions a classy cop story from three distinct yet intertwined narrative lines: a senseless and probably unsolveable murder, a harsh political decision to reorganize the police force, and the private lives of people worth caring about.

In the midst of a February cold snap and the political maneuverings of a new government that threatens the jobs of good officers including his young partner, Detective Barry Gilbert of the Metropolitan Toronto Police Force Homicide Squad is called to investigate the murder of Cheryl Latham, the stepdaughter of a prominent government official. Cheryl, her body frozen, is found on a snow-swept pier at the harbor with a bullet in her chest.

Autopsy reveals a bizarre clue - Cheryl froze to death first and was shot later, after she was already dead. So begins a baffling trail of evidence.

As the strange and perplexing evidence mounts, Gilbert feels he's being led from clue to clue by an outside ringmaster. Probing deeper in Cheryl's dark past, he discovers the terrible secret she's hidden all her life. He's forced to confront his own values, and learns that even the best detectives can lose their judgment at the most crucial moments - often with the deadliest of consequences.

Written with grace and a fine sense of detail, Cold Comfort will establish Scott Mackay as among the best new authors of crime fiction.