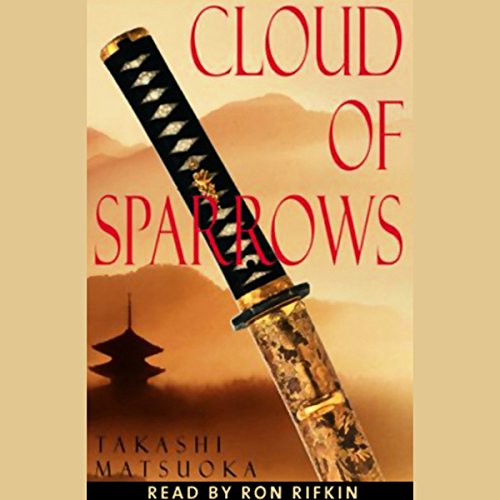 The year is 1861. After two centuries of isolation, Japan has opened its doors to the West. And as foreign ships threaten to rain destruction on the Shogun’s castle in Edo, a small group of American missionaries has arrived to spread the word of their God. They have yet to realize that their future in Japan has already been foreseen. For a young nobleman has dreamt that his life will be saved by an outsider in the New Year...and it is said that Lord Genji has the gift of prophecy.

What happens next - when the handsome lord meets an apparently reformed gunslinger and a woman in flight from her own destructive beauty - sets the stage for a remarkable adventure. For as this unlikely band embarks on a journey through a landscape bristling with danger, East and West, flesh and spirit, past and future, collide in ways no one - least of all Genji - could have imagined.

Praise for Cloud of Sparrows

“The book seizes you from start to finish.” (The Washington Post)

"The book seizes you from start to finish." ( The Washington Post)

a gripping story without a proper end

I have never heard such a vividly read audiobook before. The reader made this rather plotless story into such a vivid and exciting story that I had my difficulties to press the stop button and to go back to my normal duties in life. The story is very detailed and placed in certainly interesting times in the history of Japan. But somehow this travelling back and forward from Edo seems to be done only to tell gruesome details of how a katana can maim or kill a human being. I am not a professional book critic and therefore I am certainly missing out on a number of more relevant details here, anyway it was a great listening experience but the aftertaste it left for me was a bit dissatifying.