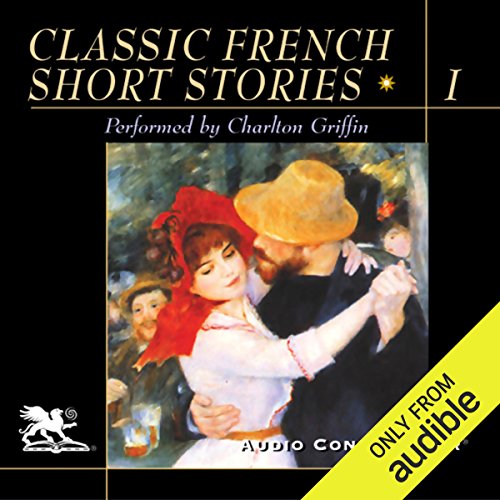 Filial Sentiments of a Parricide by Marcel Proust
In this extraordinarily sensitive and penetrating psychological story, a series of letters from a family friend reveals far more than expected in hindsight.

An Incident in the Reign of Terror by Honore de Balzac
A mysterious man follows a nun to her hiding place in order to say a midnight mass.

The Wall by Jean Paul Sartre
The master of existentialism takes us on a journey into raw fear as felt by three men facing execution during the Spanish Civil War.

Father Gauchet's Elixir by Alphonse Daudet
In this hilarious tale, a remote monastery in the French countryside decides to go into the spirits business...alcoholic spirits that is.

In the Moonlight by Guy de Maupassant
When a French priest finds his niece involved in a romance, his religious obsessions threaten to erupt into violence. An epiphany intervenes.

The Procurator of Judaea by Anatole France
Set in the ancient Roman Empire, this is an intriguing conversation between two well connected Romans, one of whom is Pontius Pilate.

The Guest by Albert Camus
Set in French colonial Algiers, this is a story of how a French teacher is made to suddenly experience the fear and hostility of being an outsider in a hostile land.

The Little Bouilloux Girl by Colette
Growing to womanhood in a provincial French village is the subject of this marvelous story.

The Duel by Alexandre Dumas
The master of the adventure novel tells a tale of an unusual duel. But the ultimate victims of this affair turn out to be not only both the duelists, but a third party, as well.

The Walker-Through-Walls by Marcel Ayme
This comic tale is about a man with miraculous powers. At first, he is content to play practical jokes, then he moves on to burglary and high romance.