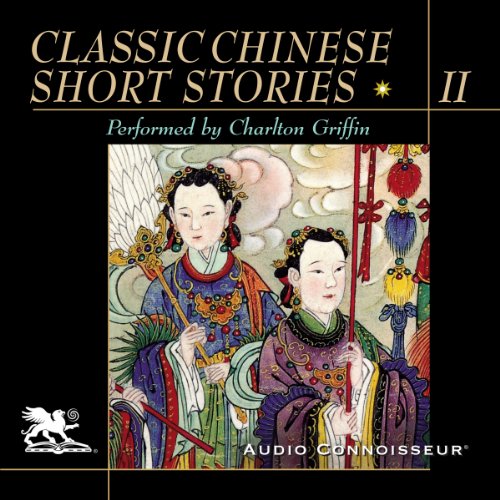 Chinese literature offers the most satisfying glimpse into the mysterious and beautiful civilization of China of any of the means at our disposal. But we discover in its pages the same human conditions which color our own cultures today. Love, revenge, betrayal, honor...they all bring our humanity into sharper focus, cutting through the confusion of nationality and time to draw us closer together with a celebration of our own similarities. From the eighth century Tang Dynasty to the twentieth century, Chinese authors have continued their quest to define the family of man.

Autobiographical in nature, "Passion" by Yuan Chen is the story of a man who wins the love of a woman, only to abandon her.
In "Curly Beard" by Tu Kwang-Ting, when a man vies for power, will he eschew his attempt when he realizes the Fates are not on his side?
In "Wine and Dumplings" by Feng Meng-lung, the most unlikely of men is called to a position of honor.
"Madam D" by Lien Pu is probably the most perfect tale of repressed desire and feminine longing ever written.
In the remarkable fable, "The Wolf of Chungshan" by Hsieh Liang, we understand more fully the maxim "kill or be killed."
"Spring Silkworms" and "Autumn Harvest" by Mao Tun are two poignant stories that actually form one long narrative about a peasant in modern China whose commitment to honor and devotion to tradition runs headlong into the behemoth of modernism.