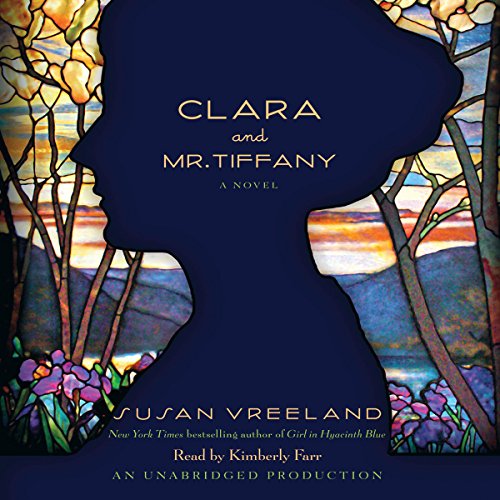 Against the unforgettable backdrop of New York near the turn of the 20th century, from the Gilded Age world of formal balls and opera to the immigrant poverty of the Lower East Side, best-selling author Susan Vreeland again breathes life into a work of art in this extraordinary novel, which brings a woman once lost in the shadows into vivid color.

It’s 1893, and at the Chicago World’s Fair, Louis Comfort Tiffany makes his debut with a luminous exhibition of innovative stained-glass windows, which he hopes will honor his family business and earn him a place on the international artistic stage. But behind the scenes in his New York studio is the freethinking Clara Driscoll, head of his women’s division. Publicly unrecognized by Tiffany, Clara conceives of and designs nearly all of the iconic leaded-glass lamps for which he is long remembered.

Clara struggles with her desire for artistic recognition and the seemingly insurmountable challenges that she faces as a professional woman, which ultimately force her to protest against the company she has worked so hard to cultivate. She also yearns for love and companionship, and is devoted in different ways to five men, including Tiffany, who enforces to a strict policy: he does not hire married women, and any who do marry while under his employ must resign immediately.

Perfect narration.
Insights to the soul of design, the tension between art and commerce, love and duty, and the struggle for the emancipation of women in the workplace.