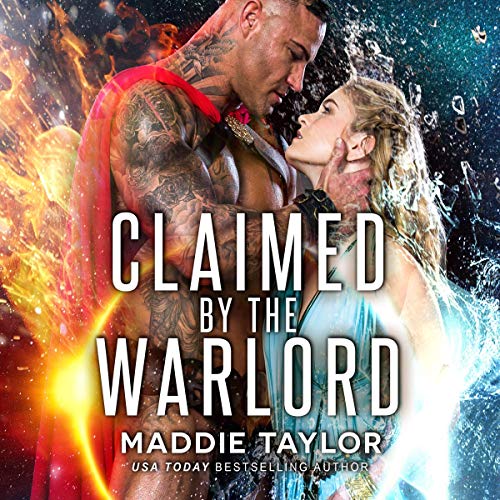 Claimed by the Warlord

One people, divided by treachery and greed.

They are drawn together by an intensely intimate connection, and when fire and ice meet, it's explosive.

Abducted, caged, and auctioned to a red-horned, alien devil whose black eyes foretell a very bleak future, Aurelia should be grateful to be alive. Though a rescue comes just seconds before the alien ship bursts into flames, she's sure death would have been more merciful when she discovers her hero is the powerful Warlord of Voltarre, sworn enemy of her people.

After boarding a slaver's barge to recover three women inexplicably stolen from his planet, Lord Darios is shocked to find the Princess of Aeldor also on board the ship. Though their planets have a turbulent history, Darios can't leave an innocent behind and risks his own life to save the frightened captive beauty from certain death.

With the crisis averted, the mystery remains - someone wants Aurelia dead. Though as different as fire and ice, Darios chooses to claim her to protect her: is it out of honor, or in light of the intimate connection neither of them can deny? Can these unlikely lovers mend the rift between their worlds, or will the evil conspiring against them, spawned of jealousy and greed, bring them to the brink of war yet again?