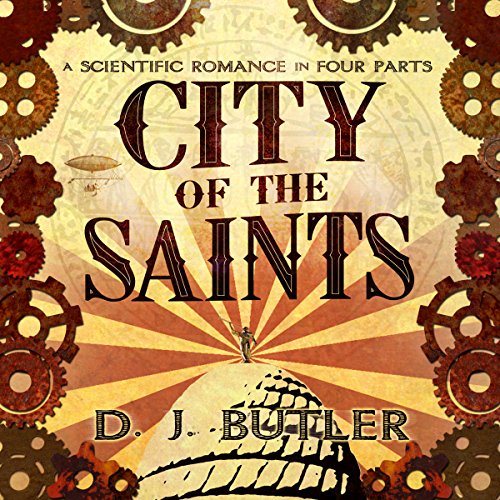 City of the Saints

1859; war looms over the United States. Intelligence agents converge on the Kingdom of Deseret in the Rocky Mountains. Sam Clemens, leading the U.S. Army's expedition aboard his amphibious steam-truck, the Jim Smiley, has a mission: to ensure that the Kingdom, with its air-ships and rumored phlogiston guns, brain children of the Madman Orson Pratt, enters on the side of the United States and peace. He races against Captain Richard Burton for Her Britannic Majesty Queen Victoria, and Edgar Allan Poe, secret agent of the clandestine southern leadership, who travels in disguise as an exhibitor of Egyptian antiquities.

Against them all are arrayed the counterintelligence agents of the Kingdom, Roxie Snow, and the Deseret Marshal Orrin Porter Rockwell. But why are Deseret's Danite militiamen hunting Rockwell? And why does the Madman seem to be playing his own game?