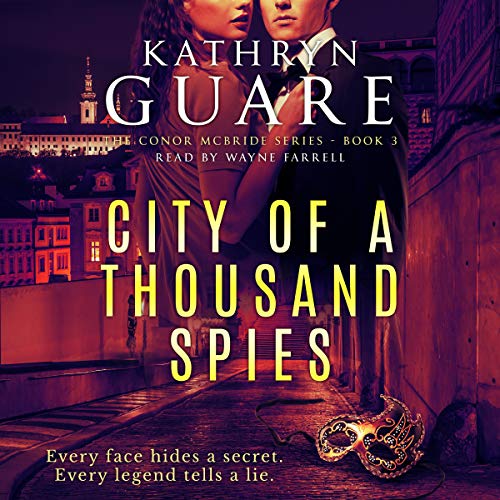 City of a Thousand Spies

An Iranian, a Bohemian, and an Irishman walk into a bar. It isn’t a joke. It’s Conor McBride’s latest mission.

Conor McBride has accepted a bargain he may live to regret, if he gets to live at all. Lured by the chance to resume his career as a violinist, he’s agreed to extract a defecting Iranian from Prague. He’s been promised a simple, stitched-up mission, but as he might have expected, it unravels into chaos as soon as he arrives. The Iranian has endangered his own life with a shocking indiscretion; a suspicious MI6 agent is hatching a plan that could start an international crisis; a mystery stranger is tailing Conor’s every move; and he has less than a week to master a sonata he hasn’t looked at in years.

As if that weren’t enough, the partner he’s brought with him is a freshly trained operative he couldn’t persuade to stay home. Conor hopes his relationship with Kate Chatham is on track to become a different sort of partnership, but his desire to shield her from the covert part of his life was no match for her determination to share in its risks.

Working together, they soon discover the fabled lanes of Prague are not half as twisted as the secrets everyone is hiding. Exposing them won’t be easy...or safe.