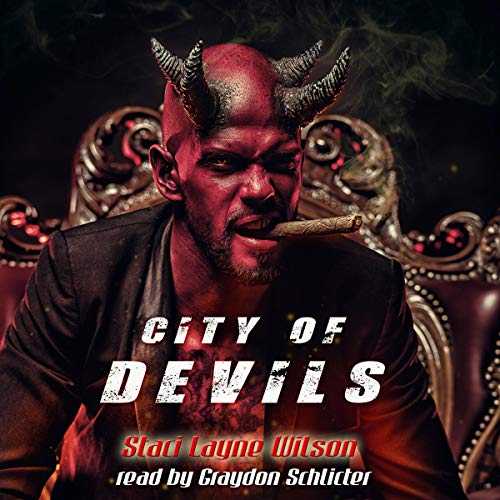 Los Angeles and Lucifer are a lot alike. They both seduce and lure with promises of wealth, fame, beauty, or love. But those promises are often empty; and even when they’re not, there’s a price to pay.

Come meet the denizens of City of Devils: Natasha is an underrated actress who goes to great lengths to win an Oscar in “Based on a true story.” In “Doom for Rent” a young man takes on a roommate to make ends meet, only to find he’s opened the door to pure evil. Geneva Hughes is a wealthy celebutant who loves her chihuahua, Boo-Boo, to death in “Ankle Biters.” Private dick Max Ryker gets more than he bargained for in “The Case of the Butchered Bombshell”. Tourist Ethel learns there’s no such thing as “Free Admission”. Child actor Cosmo Colombo finds out what he’s made of when The Big One hits LA in “Richter Mortis”. Are the paparazzi soulless? Find out in “Remote Trigger”. A narcissist devours the weak in “Depraved Indifference” while the meek fight back against a sleazy film producer in “He Was Asking for It”. Partygoers in “Abracadaver” practice supernatural sleight-of-hand during a séance at The Magic Castle. A psychic shyster gets his comeuppance in “My Mother the Carcass” while Malibu surfer Bjorn meets a malicious mermaid in “Tasty Waves”. Lastly, a lonely lady’s desperation to be thin and beautiful could cost her her life in “Alice on Wonderland”.